Hit Enter to Search or X to close

HOW EXACTLY DOES THE BLOCKCHAIN WORK?

Technically, a blockchain is a chain of blocks, ordered in a network of non-trusted peers. Each block references the previous one and contains data, its own hash, and the hash of the previous block. In other words, it can be explained as below: a) Distributed ledger contains records in blocks (a bunch of records). b) After receiving verification, a cryptographically protected block gets added to the chain in a linear and chronological order. Like Block '1' >block '2' > block '3' > > Block 'n'. c) New block linked to the old block, giving each node to verify who owns what at a given time. 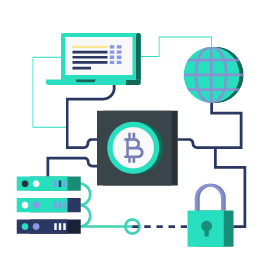 THE FOLLOWING ARE JUST SOME OF THE BENEFITS OF THE BLOCKCHAIN 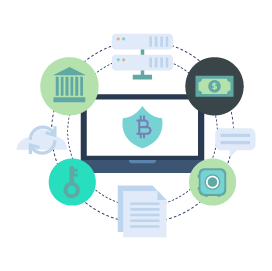 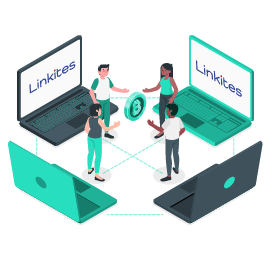 Linkites is rapidly emerging as one of most esteemed blockchain companies in India. In blockchain software development, we have a great experience with the expert team of developers of Blockchain. You will get best class Blockchain solutions with affordable rates as compared with the market.The software development team working at Linkites Technologies has a good level of intelligence in the blockchain industry.Linkites believes in quality and in your app gives advanced functional specifications utilizing the maximum advantage of the blockchain.